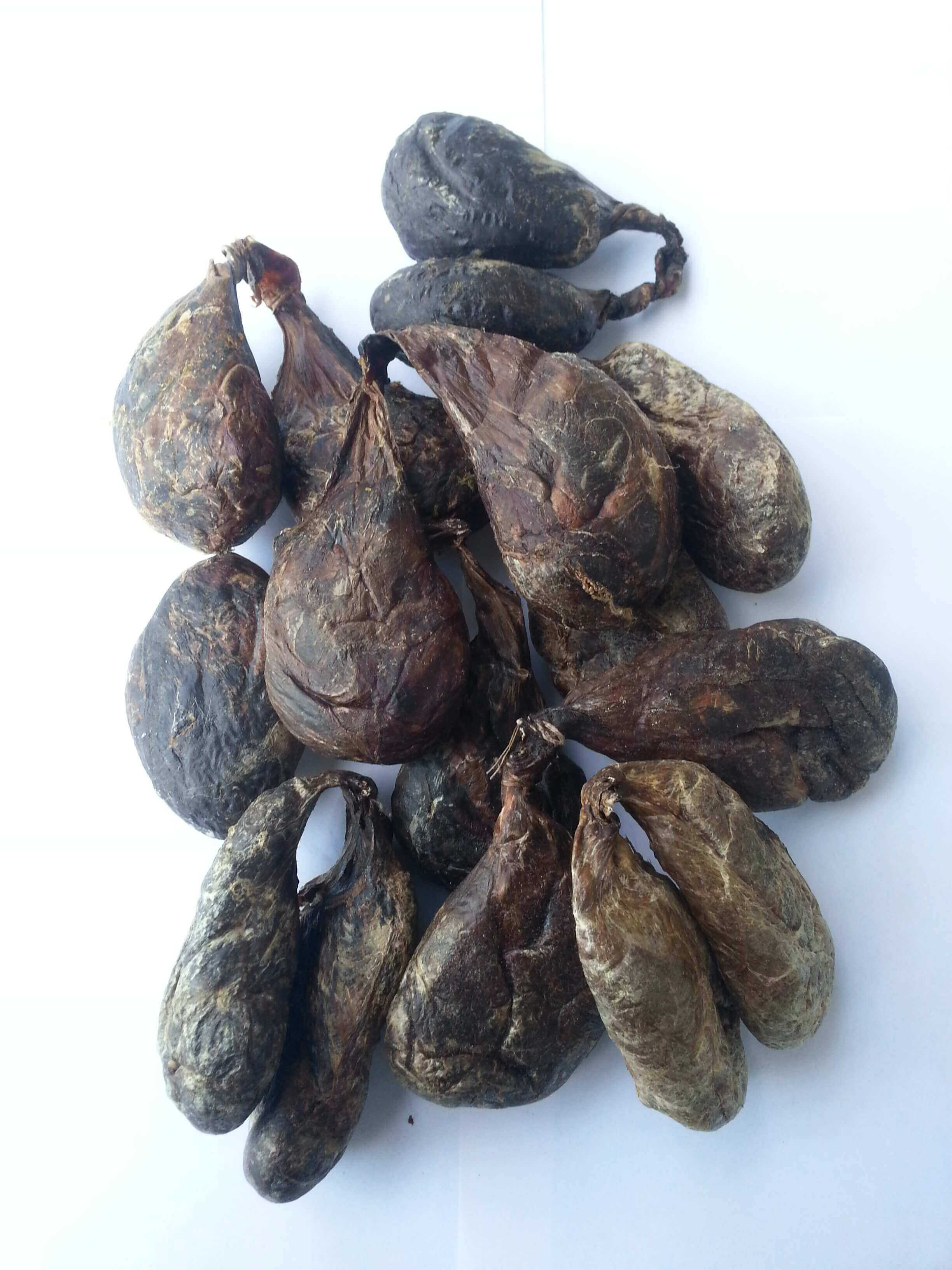 Castoreum是來自成熟北美海狸的蓖麻囊和動物學領域內的歐洲海狸的滲出物。Castoreum源自希臘語Kastor的意思是Beaver。卡斯特羅姆是從動物源施法者加拿大人獲得的。腳輪囊在細胞水平上不是真正的腺體（內分泌或外分泌），因此將這些結構引用為前腺或蓖麻腺是錯誤的指標。蓖麻囊是一種氣味腺體。在古代評論員的作品中提到了castoreum，他們錯誤地認為這種麝香的物質是從海狸的睾丸中得出的。In his tales, Aesop, the prominent Greek fabulist, retells the widespread hunter’s fallacy that cornered beaver bites off its own testicles, only to throw them to the hunter and so escape the death.And beavers were not hunted for their testicles but for their meat and waterproof fur, which is used to make coats. For this reason, castoreum was even used as an aphrodisiac. But now one company in Canada is farming beavers for Fur Coats and Castoreum is a by product. This now perhaps is the only Animal Product , legally available and allowed for use.There are at least twenty-four compounds known to be constituents of beaver castoreum. Some of these have pheromonal activity. These are the phenols,4-ethylphenol and 1,2-dihydroxybenzene (catechol) and the ketones acetophenone and 3-hydroxyacetophenone. Five additional compounds noted are 4-methyl-1,2-dihydroxybenzene (4-methylcatechol), 4-methoxyacetophenone, 5-methoxysalicylic acid, salicylaldehyde, and 3-hydroxybenzoic acid. Other neutral compounds are oxygen-containing monoterpenes such as 6-methyl-l-heptanol, 4,6-dimethyl-l-heptanol, isopinocamphone, pinocamphone, two linalool oxides and their acetates. Other compounds are: benzoic acid, benzyl alcohol, borneol, o-cresol, 4-(4'-hydroxyphenyl)-2-butanone, hydroquinone, phenol. All those compounds are gathered from plant food. It also contains Nupharamine alkaloids and castoramine and cis-cyclohexane-1,2-diol.Acute toxicity studies in animals indicate that castoreum extract is nontoxic by both oral and dermal routes of administration and is not irritating or phototoxic to skin. Skin sensitization has not been observed in human subject tests. Castoreum extract possesses weak antibacterial activity. A long historical use of castoreum extract as a flavoring and fragrance ingredient has resulted in no reports of human adverse reactions. On the basis of this information, low-level, long-term exposure to castoreum extract does not pose a health risk. The objective of this review was to evaluate the safety-in-use of castoreum extract as a food ingredient.Castoreum is more liberally applied to denote the resinoid extract resulting from the dried and alcohol tinctured beaver castor. The dried beaver castor sacs are generally aged for two or more years to mellow and for their raw harshness to dissipate. It is used extensively in perfumery. It’s very pungent, strong animalic note makes it an interesting item in men’s perfume, fourgeres, chypres, oriental basis leather notes. The warm animal sweet leathery note of castoreum helps the accords achieve sensuality.BMV Fragrances offers reconstitutions to create magical fragrances and accords with sensuality and class.
04manbetx

Civet是一個小的，脆弱的，主要是熱帶亞洲和非洲的夜間哺乳動物，尤其是熱帶森林。CIVET一詞適用於十幾種不同的哺乳動物。大多數物種多樣性都在東南亞發現。最著名的民集物種是非洲民族族，Civettictis civetta。從曆史上看，這是從中獲得的主要物種，從中獲得了麝香香水。CIVET一詞也可以指動物產生的獨特麝香氣味。該名稱用於各種食肉哺乳動物物種，主要是viverridae。非洲棕櫚樹枝（Nandinia Binotata）在遺傳上是截然不同的，屬於其自己的單型家庭Nandiniidae。Civets在英語中也被稱為“ Toddycats”，在馬來語中被稱為“ Musang”。後者可能會導致一些混亂，因為土著單詞“ Musang”已被賦予狐狸，狐狸存在於流行文化中，但並不是本地的，通常在該地理區域從未遇到過。Civet生產一條麝香（也稱為Civet），被高度重視為香水的香水和穩定劑。 Both male and female civets produce the strong-smelling secretion, which is produced by the civet's perineal glands. It is harvested by either killing the animal and removing the glands or by scraping the secretions from the glands of a live animal. The latter is the preferred method today.Animal rights groups, such as the World Society for the Protection of Animals, express concern that harvesting musk is cruel to animals. Between these ethical concerns and the availability of synthetic substitutes, the practice of raising civets for musk is dying out. African civet lives in savannahs and forests of South and central Africa, while Indian civet lives in Nepal, Bangladesh and Vietnam. These animals produce odorous secretion with purpose of marking their territory. Diluted after some time the odor of civet secretion which normally is strong and repulsive becomes pleasant with animalistic-musk nuance. For the purpose of collecting this secretion, animals are kept in cages. Luckily, this scent is nowadays mainly synthetic. Naturally the byproduct of the anal glands of exotic civet cats (technically no cats). Which smells very pungent and fecal but which gives an amazing radiance and warmth to florals. The Asian palm civet also called toddy cat is a small member of the Viverridae family native to South and Southeast Asia. In 2008, the IUCN classified the species as Least Concern as it is tolerant of a broad range of habitats. Now synthetically replicated with civetone for ethical reasons. Following CIVET products are manufactured by BMV Fragrances Pvt Ltd , Civet NNA or Zibetha at 0.1% levels will enhance sensuality and provide velvety smoothness. Suggested to use at 10% dilution and is very easy to overdose. The beauty and strength of these two products are fully evident once incorporated in a blend. Civet Crystals is a hard strong fecal musky note for burning and soap application.
探索